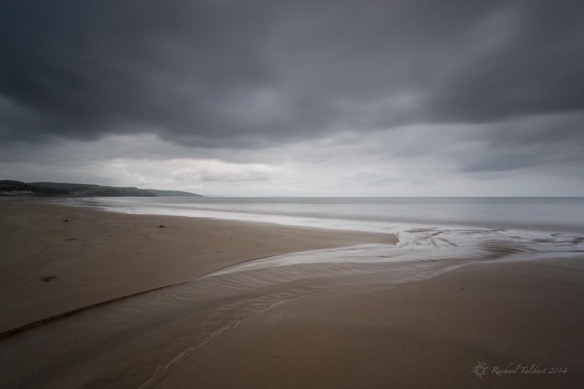 On Thursday, Pete and I enjoyed a six hour walk on the vast, low-tide beach of Saundersfoot Bay, returning via the Coastal Path along the cliffs.  Although the sky was overcast and it rained intermittently, I could see why Pembrokeshire is celebrated for its light.  I wanted to capture the almost-sliver of the diffused light on the sluggish sea.

My first post from Wales was all about colour, although even there I nudged the saturation and vibrancy sliders to the left, because the colours in the RAW file were almost too rich to be believed!   More and more, these days, I find myself wanting to desaturate images.  For  some beautiful images that exemplify sliding to the left, try Asmita Kapadia’s website. 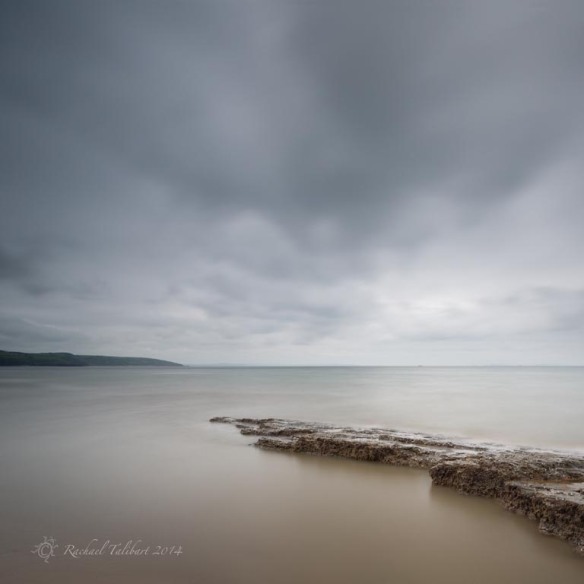 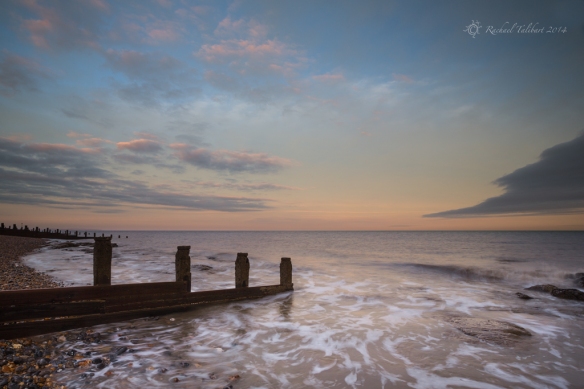 I recently enjoyed a day out capturing images in the South Downs National Park, with my friend, Asmita Kapadia.  Asmita runs photography workshops in the area and showed me some marvellous locations.  More information about her tours can be found on her website.  She also has a page on Facebook 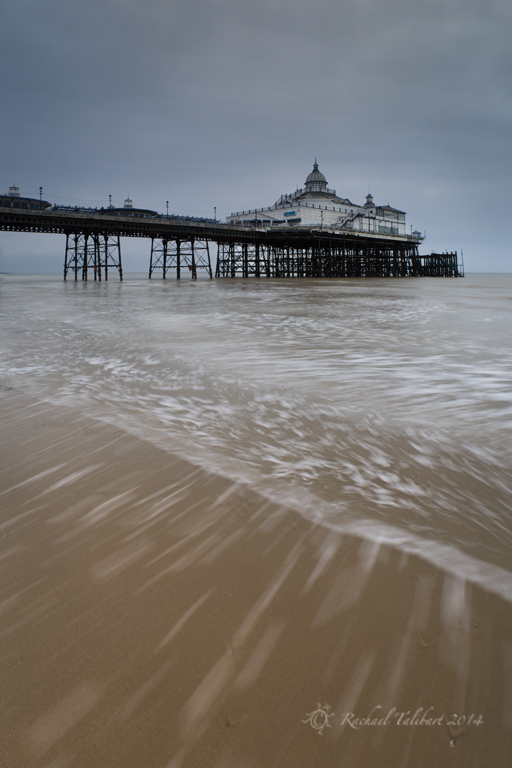 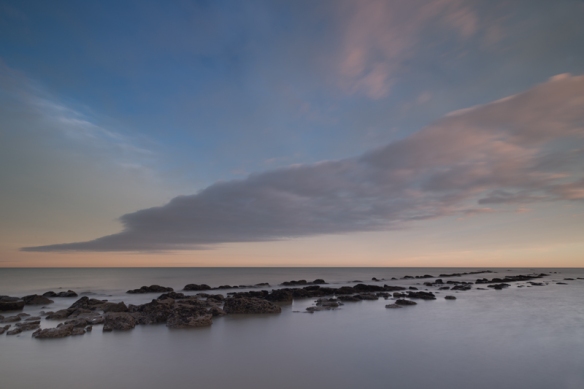 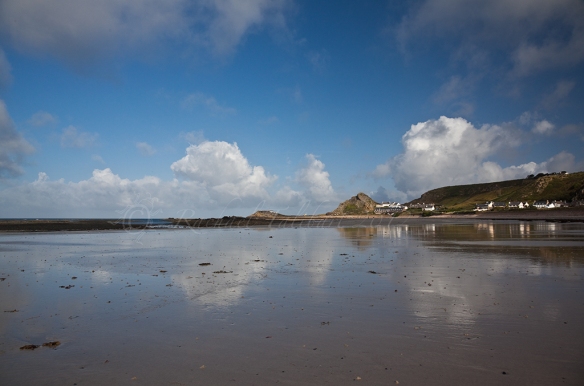 Well, the promised snow didn’t arrive.  Instead, sleet and yet more rain.  So I consoled myself with editing some more images from our wonderful trips in August and October to the Channel Island of Jersey. 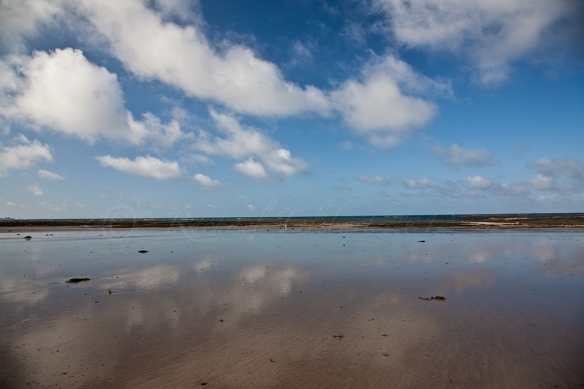 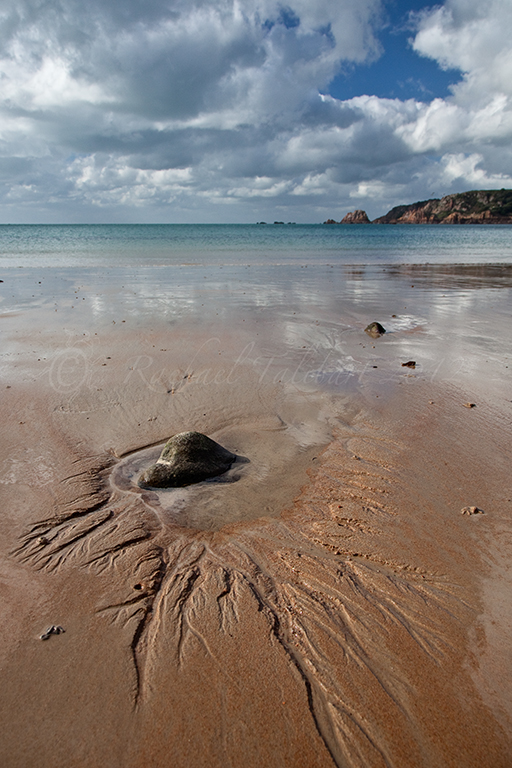 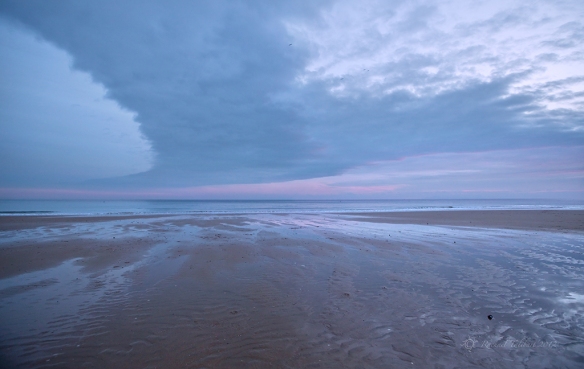 Still enjoying the memory of a peaceful, understated sunset on Bournemouth beach last Friday.  After the sun had settled below the horizon, the colours subtly shifted towards blue, mauve and the gentlest, lingering pink. 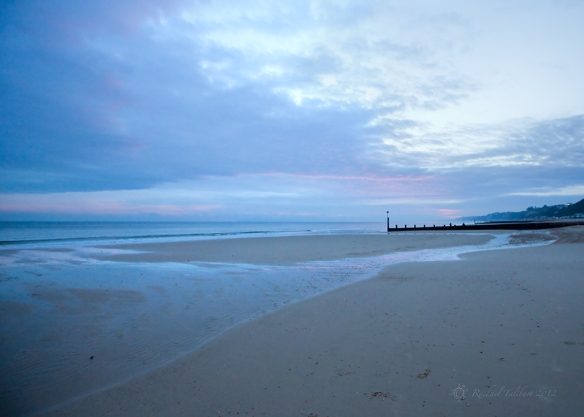 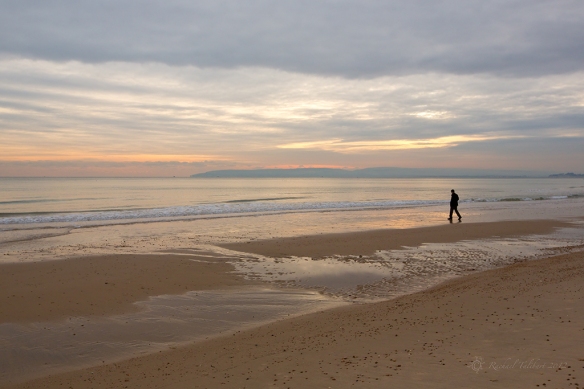 What a wonderful afternoon I spent on Bournemouth Beach on Friday. You have to love the British seaside out of season; gorgeous expanses of pristine sand (Bournemouth is a Blue Flag beach) and hardly a soul about. I set myself a challenge and went equipped with only my wide angled lens (16-35mm on full frame). 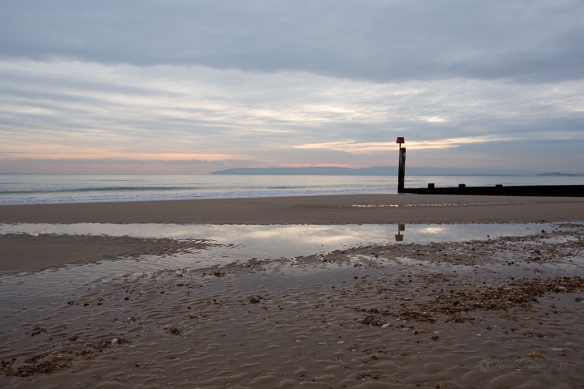 It wasn’t the most spectacular of sunsets but gentle, beguiling, like the lapping waves. When I came to process these images, they seemed to demand a naturalistic approach. 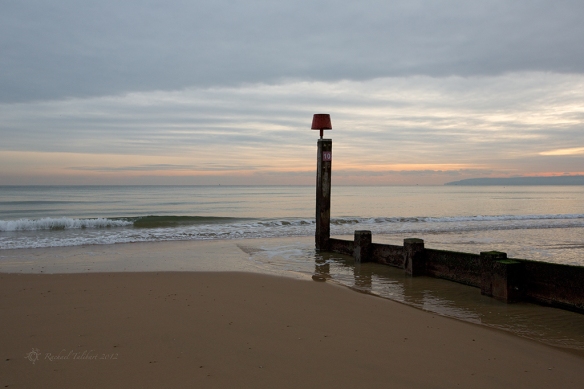 With the horizons more or less in the centre of the frame, these images break the rules. I think that composing with the horizon on a third often works well as the photographer thereby communicates clearly what he or she is most interested in, the foreground or the sky. However, here I found myself wanting to efface the photographer from the landscape. And, truth be told, I just couldn’t bring myself to crop out any of that view. Half is the new third? 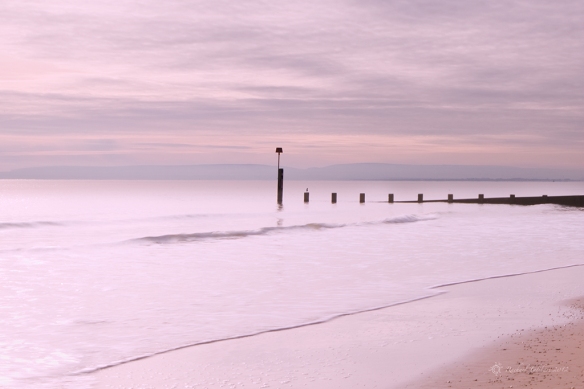 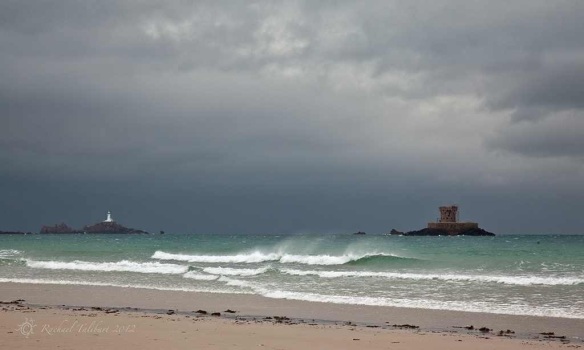 Last post I showed some of the World War 2 fortifications on Jersey. Jersey, one of the Channel Islands, sits close to the French Coast but has for centuries been loyal to the English crown. It is not surprising then that the coast has plenty of other, older defences. 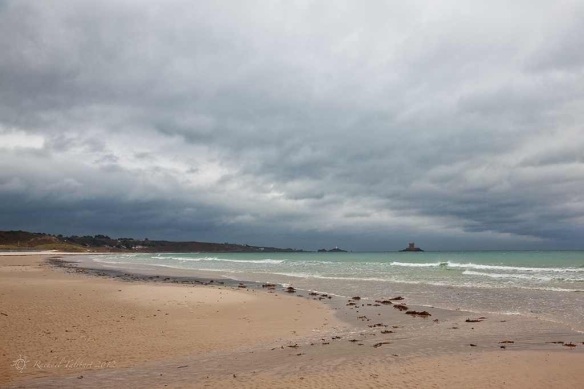 The North coast is craggy and rugged but the bays of the South, East and West coasts were very accessible to invaders. During the Napoleonic wars, a series of towers was built around the island. 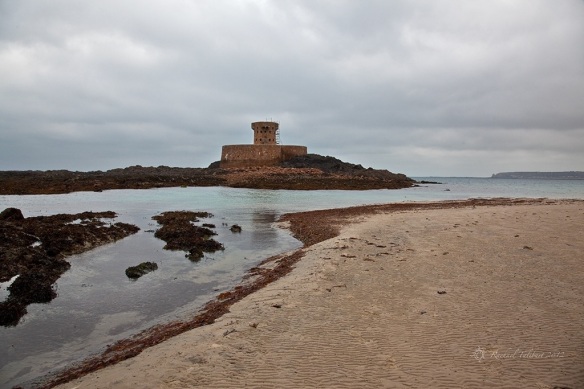 General Conway, Governor of the Island, planned for thirty towers to protect the coast from the threat of French invasions. La Rocco on St. Ouen’s Beach was the twenty third to be built, in 1795-6. 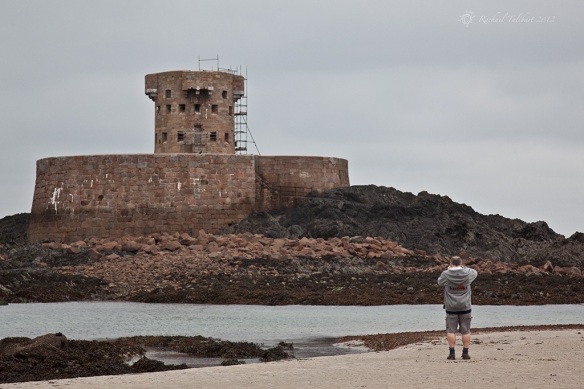 It makes an attractive landmark, standing sentinel over the five miles of sand that make St. Ouen’s Bay. 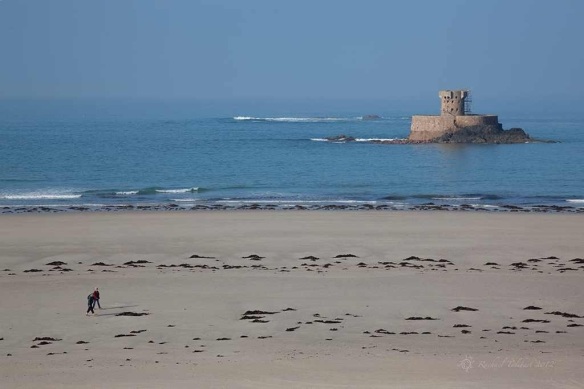 What a wonderful setting for a spot of sunset kite surfing! 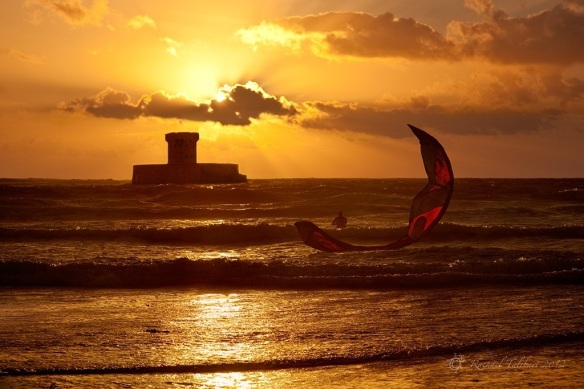 But you have to admit that as a silhouette it looks a little like a submarine. 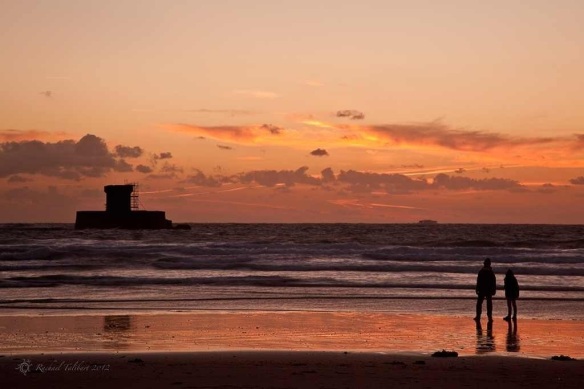