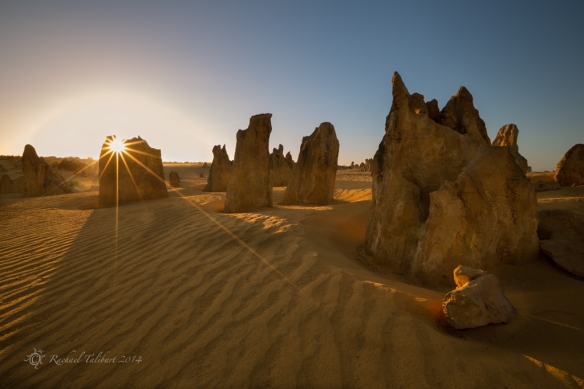 I liked this image of Western Australia’s Pinnacles desert for today’s post if only because there is no water in it whatsoever. 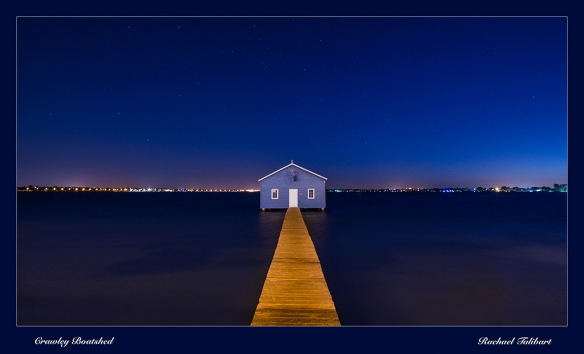 Possibly the most photographed boat shed in the world.  But, still, it had to be done. 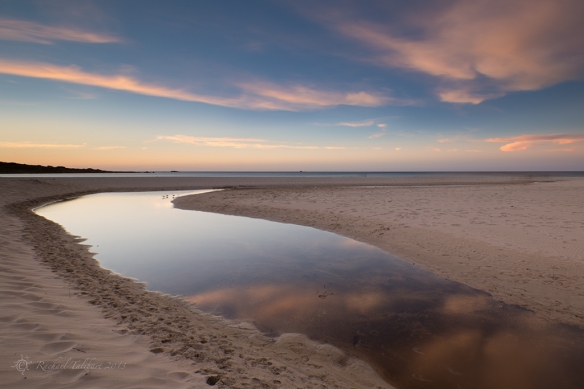 As the rain lashes down here again tonight, I am dreaming of warmer times, and climes. A gentle sunset over Smiths Beach near Yallingup in Western Australia. Need to go back. Soon. 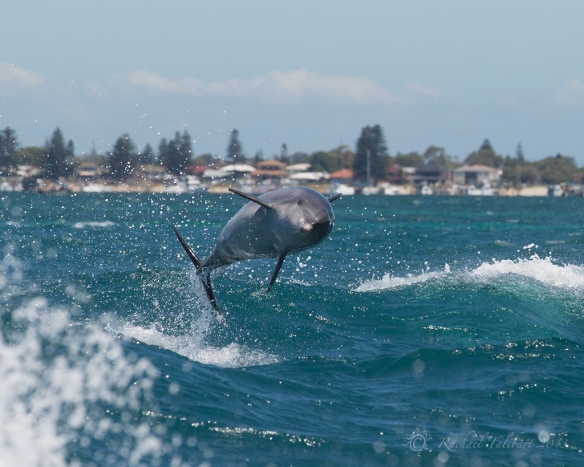 We were lucky, during our trip to Western Australia last month, to meet some dolphins. 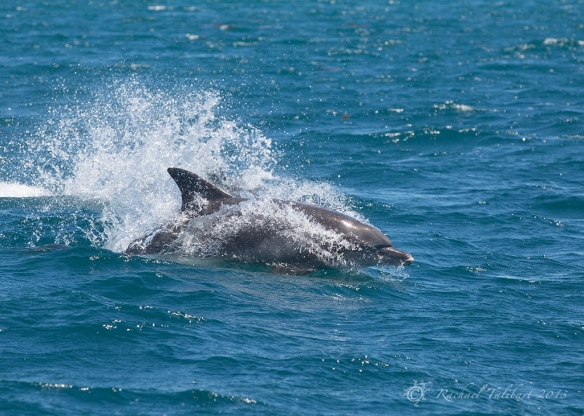 “For instance, on the planet Earth, man had always assumed that he was more intelligent than dolphins because he had achieved so much—the wheel, New York, wars and so on—whilst all the dolphins had ever done was muck about in the water having a good time. But conversely, the dolphins had always believed that they were far more intelligent than man—for precisely the same reasons.”

– Douglas Adams, The Hitchhiker’s Guide to the Galaxy 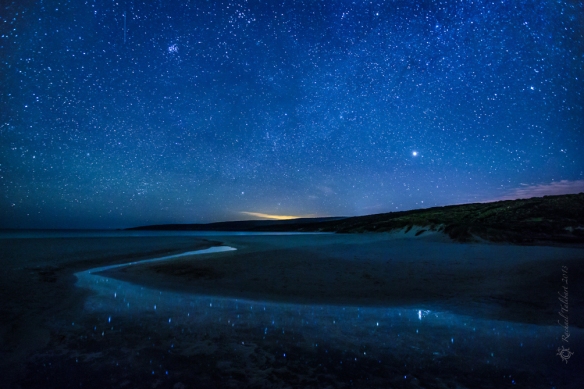 I was lucky, during this trip to Western Australia, to have three opportunities to shoot the night sky.  This shot was taken at Smiths Beach bear Yallingup, in the South Western part of the state.  Out shooting the sunset a day earlier I noticed a small river running into the sand and hoped it might reflect the stars later.  By the next evening, the river had nearly dried up, but there was just enough water left to create some reflections.

One of the problems I have encountered shooting starscapes is that you have to bump up the ISO.  This is because any exposure of longer than 30 seconds begins to record the movement of the stars.  Of course, higher ISOs mean more noise.  It’s not so much of an issue in the sky as it’s already speckled with stars, although even there it can start to look messy.  It shows up more in the foreground, especially the sand in this shot.  Here I have applied some noise reduction in ACR, more for the foreground and a little in the sky,  but at the cost of some of the definition in the stars.  It’s a difficult balancing act that will take me a while to master.  I suspect I need to investigate some of the noise reduction plugins.

One more astrophotography post tomorrow, with full details of technique. 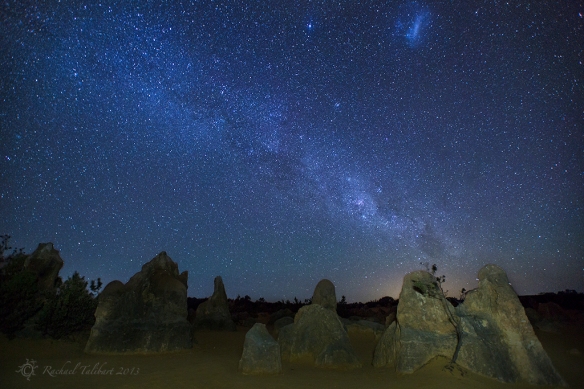 We’re back from our trip to Western Australia. This had to be the first image processed. I have long wanted to photograph the milky way, but where we live light pollution is too great. Luckily, during our trip the moon rose late enough for me to squeeze in three milky way photoshoots. But no foreground could match that of the eery pinnacles in Nambung National Park.
Happy New Year everyone!