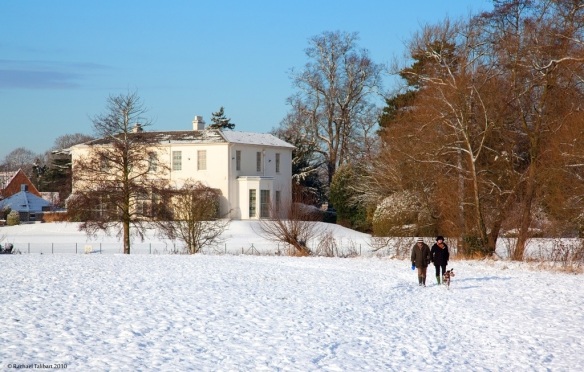 One tradition in our family that I particularly enjoy is the New Year’s Day walk.

This year our walk was on Dartmoor. The pictures will have to wait until we get home. But a stroll through any part of Britain’s countryside is a lovely way to greet the new year. 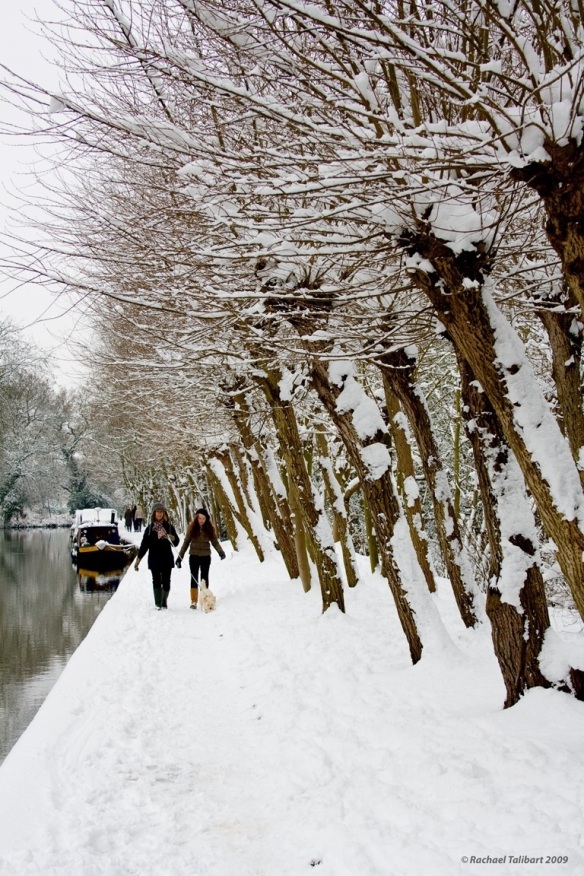 I like seeing families out together, often several generations. That’s not something we do particularly well in this country but somehow we do manage to get together at this time of year.

Did you go walking today? Where did you go

Today’s post is about one of my favourite local places, Thames Lock in Weybridge, Surrey. Thames Lock is the first lock of the Wey and Godalming Navigations.  One of Britain’s earliest man-made navigable waterways, the Navigations, which run for just under 20 miles from the Thames at Weybridge to Godalming, preceded the canal age by a century.  Now owned and managed by the National Trust, the Navigations and their towpath provide a tranquil green corridor through some of Surrey’s most built up areas and a pleasant, easy route through some of its loveliest countryside.

The Navigations were the brainchild of Sir Richard Weston of Sutton Place.  The first ten miles from the Thames were opened in 1653 and extended to Godalming by 1764.  The principal cargo was timber from Surrey’s forests destined for the shipbuilding yards on the banks of the Thames. But the Navigations were also an important route for the transport of wheat, flour and numerous other cargoes, including, in the early 1920s, a number of aircraft from Brooklands.  Today, the Navigations are plied by pleasure boats rather than commercial barges and the towpath is frequented by walkers and cyclists rather than the horses that used to pull the barges.

The entrance to the Navigations from the Thames at Weybridge is misleadingly insignificant in appearance, barely noticeable but for the sign on a post in the river.  Yet it is the location for an exciting passage in local writer, H G Wells’s classic, The War of the Worlds, which concludes as follows:

‘I staggered through the leaping, hissing water towards the shore.  Had my foot stumbled, it would have been the end.  I fell helplessly, in full sight of the Martians, upon the broad, bare, gravelly spit that runs down to mark the angle of the Wey and Thames.  I expected nothing but death.’  (1898)

While not as challenging as evading Martian invaders, finding Thames Lock, where the towpath begins, can be difficult on foot.  A path, known as Church Walk, runs from the side of the Old Crown, a 17th century Grade II listed pub on Thames Street to Radnor Road.  The lock can be reached either via Jessamy Road, which bisects Church Walk or, further along Church Walk, via a small path to the right that leads over a pretty white and green footbridge.

Both routes lead to Whittet’s Ait, an island between the River Wey and the Navigations.  If you follow the gravel footpath beside the public park there, you will come to the lock.  It is a delightful spot, with benches on which you can while away a few minutes or hours watching narrow boats negotiate the lock.   In spring and summer, planters outside the lock keeper’s cottage froth with flowers and it is not unusual to find a local artist at work capturing the idyllic scene.

The towpath begins on the other side, accessed via an iron bridge over the lock. Before crossing, however, it is worth stopping at the lock keeper’s cottage where a free map can be obtained and you can buy a booklet of circular walks along the Navigations.

The present cottage was built by the National Trust in 1975 as a replica of its eighteenth century predecessor.   On the other side of the lock, beside the towpath, stand the stables that used to shelter the horses as they waited for the next barges to arrive.  Now they contain a small display on the history and wildlife of the Navigations.

Next to the Lock stands a development of waterside apartments on what was the site of paper, iron and oil seed mills from 1791 to 1963 when the last of many fires on the site finally put paid to further milling.  One account of the fire describes how the water was alight with the highly flammable oil.

The Navigations are an important habitat for wildlife, from beautiful damselflies …

You may even meet an occasional ship’s dog.