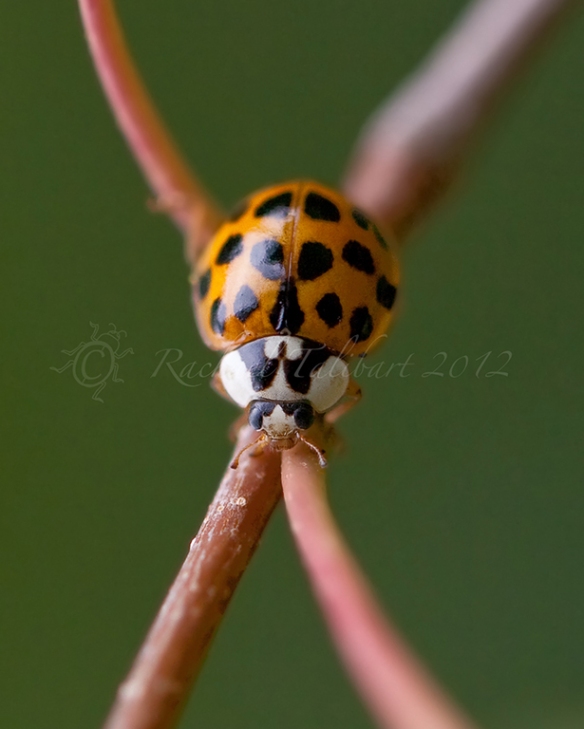 Still trawling through my hard drive trying to clear some space, I came across these ladybird images from 2011, and they seemed to make a set of ladybirds with attitude. Humour me. The first one is clearly at one of those crossroad moments in life. 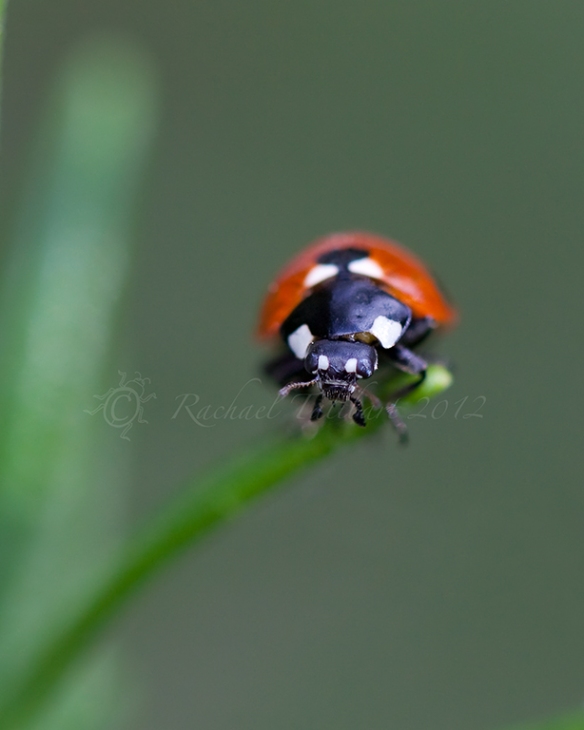 This one seems to be posing as the inspiration for Eric Carle’s delightful children’s book, The Bad-tempered Ladybird. I remember reading it over and over to my son when he was little. 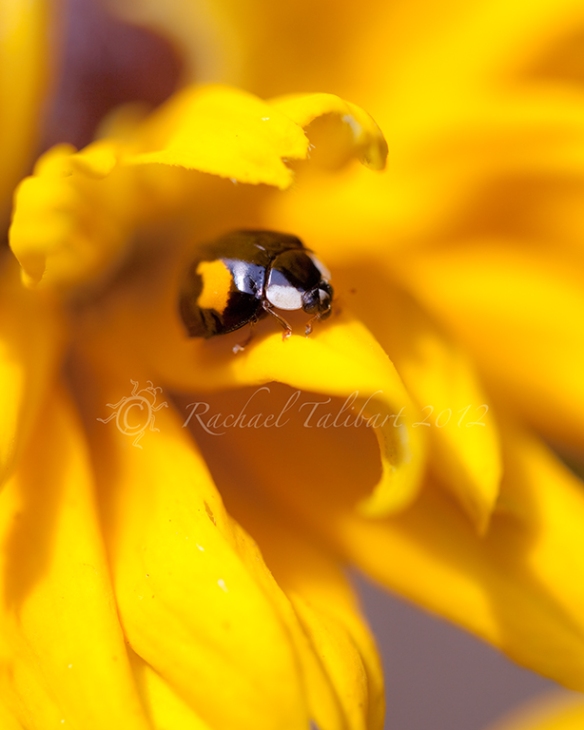 This season, stylish ladybirds wear spots to match their flower.

This ladybird is obviously a fashionista 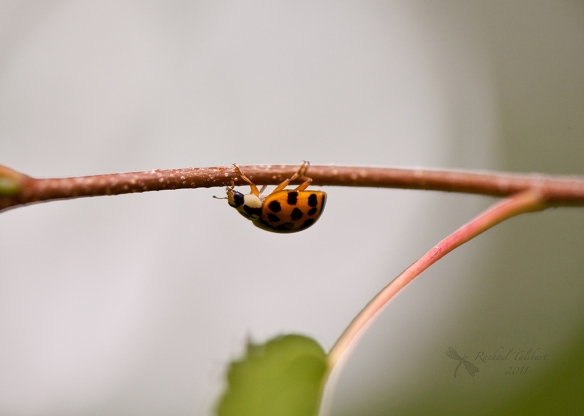 And for my next trick…

and this one an acrobat, or a show-off, or both. 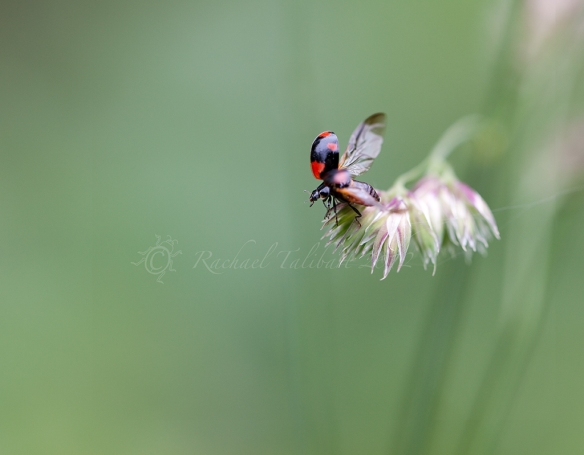 I just want to be left alone

And this one has clearly had enough of being photographed!
Sanity will return tomorrow. I promise. 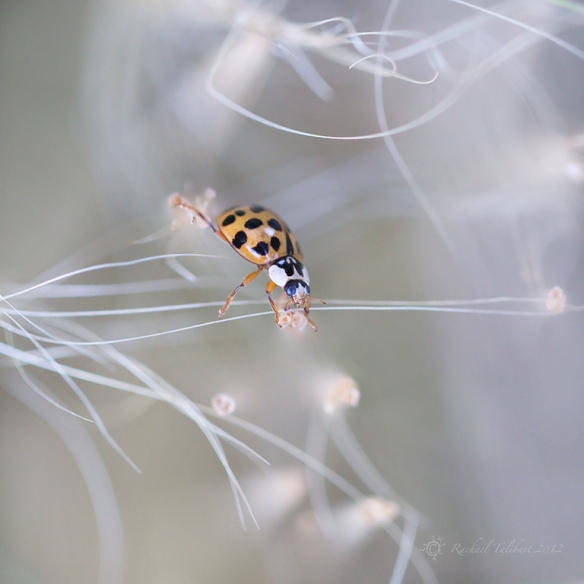 Some shots from September found languishing on my hard drive.  I chose to use a high key look for these images, to capture a sense of the delicacy of the ladybird’s acrobatics on dry grass stems in my garden. 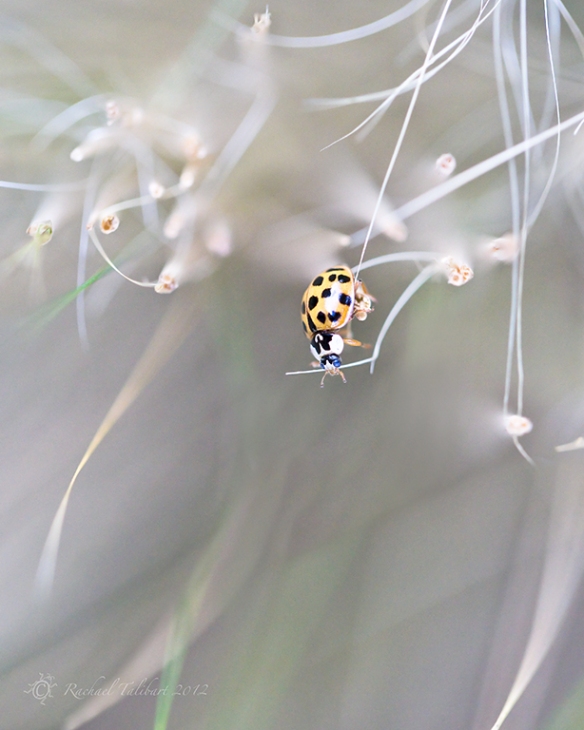 This beetle is a harlequin ladybird, or harmonia axyridis.  The harlequin was brought from Asia into America and Europe as a form of biological control and it spread quickly, arriving in the UK in 2004.  It has since caused a rapid decline in indigenous species of ladybird. 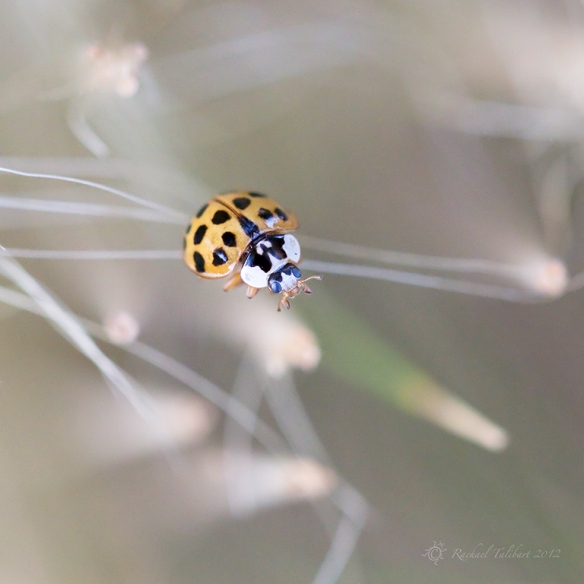 My own observations, for what they’re worth, bear this out; I rarely see anything but harlequins in my garden now.  Pesky things.  That doesn’t stop me photographing them though… 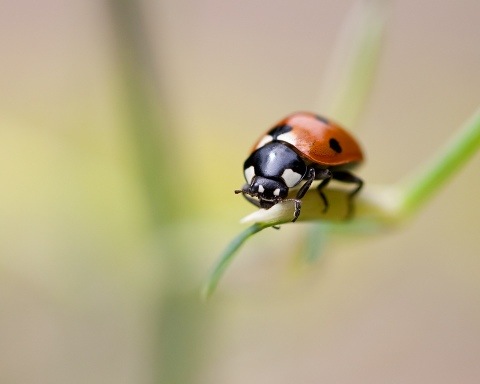 The last in my mini-series about the aphid, ant, ladybird relationship, is the top predator, the ladybird, or ladybug if you are American. Ladybirds are beetles of the family coccinellidae. They are probably the most easily recognisable beetle thanks to their characteristic bright colouring. 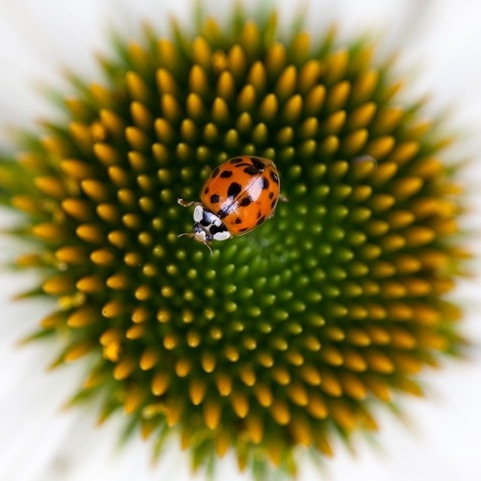 Of the world’s 3500 species of ladybird, 46 live in Britain. Probably the most common is the seven-spot ladybird, coccinella 7-punctata. 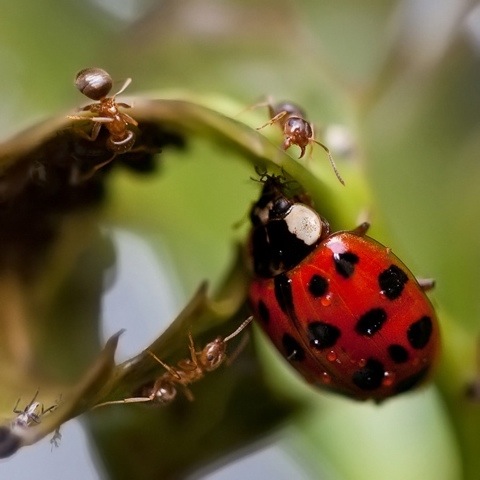 Although many types of ladybird will eat other insects, their favourite meal is aphids, which they will hoover-up without being in the least deterred by ant-shepherds. 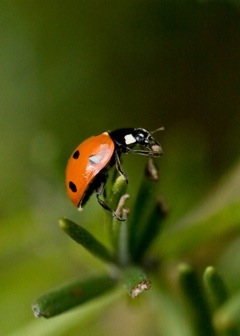 May is the main month for ladybirds to mate. 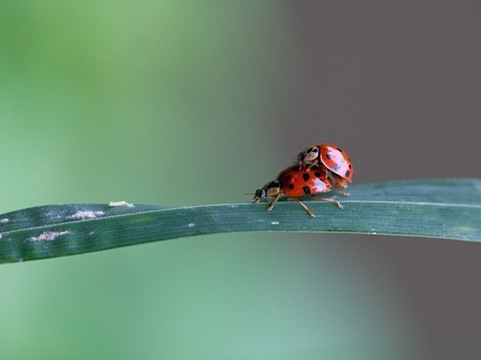 In recent years, Britain has seen an influx of the Harlequin ladybird, harmonia axyridis. This large ladybird is considered to be a potential threat to indigenous species. It is a voracious hunter and its larvae will eat the larvae and pupae of other ladybirds. It may also mate with indigenous species. 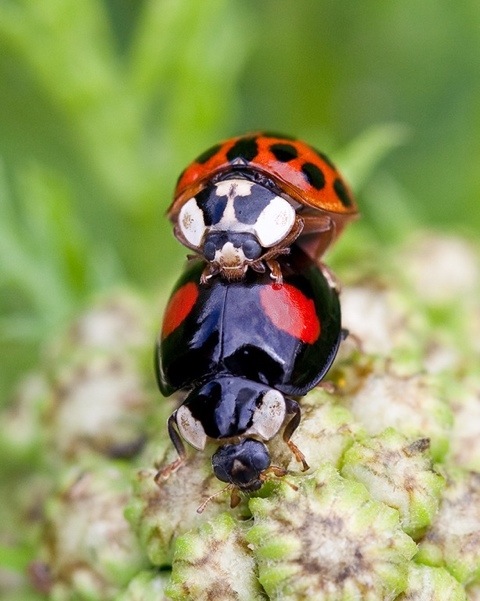 The Harlequin is difficult to identify accurately because its colours vary so much. I think, however, that in the picture above, both ladybirds are harlequins, despite their very different appearances. One clue is that Harlequins usually have brown rather than black legs. 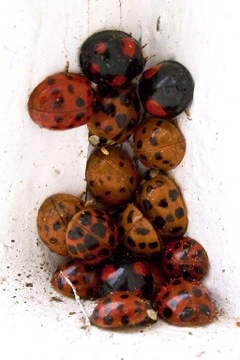 Ladybirds hibernate through the winter. Here a group of harlequins sleep huddled together. 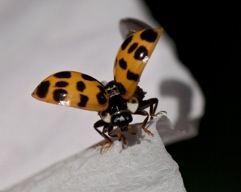 Somewhere on my hard drive are images of ladybird larvae and pupae. When I find them, I will add them here. In the meantime, I leave you with the well-known nursery rhyme:

“Ladybird, ladybird, fly away home
Your house is on fire,
And your children are gone”. 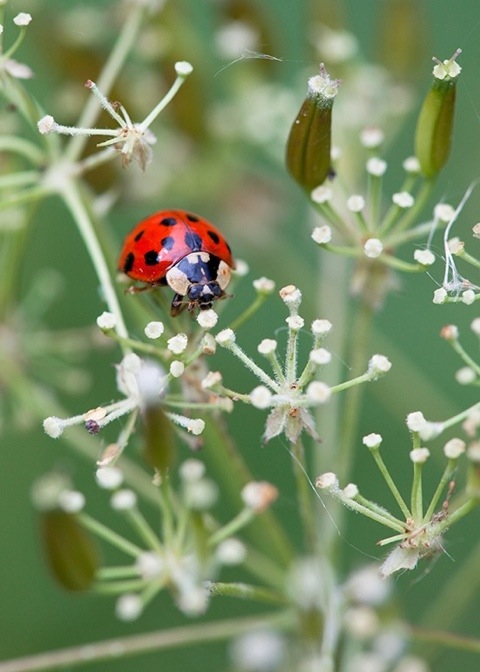 No bugs tomorrow, I promise!