Finally, some snow.  Circumstances (traffic and trains) were against me this morning and it was late before I managed to get out into the landscape.  The thaw had begun, but I made the best I could of it all.  I was attracted to the bright stems of these coppiced trees against the white.

On this day in 2009, I was also out photographing snow.  My 365/34 was captured just 200 yards from my home.  Situated south of London and within the M25, we rarely see temperatures low enough to form icicles like these, so they were a novelty I had to snap. 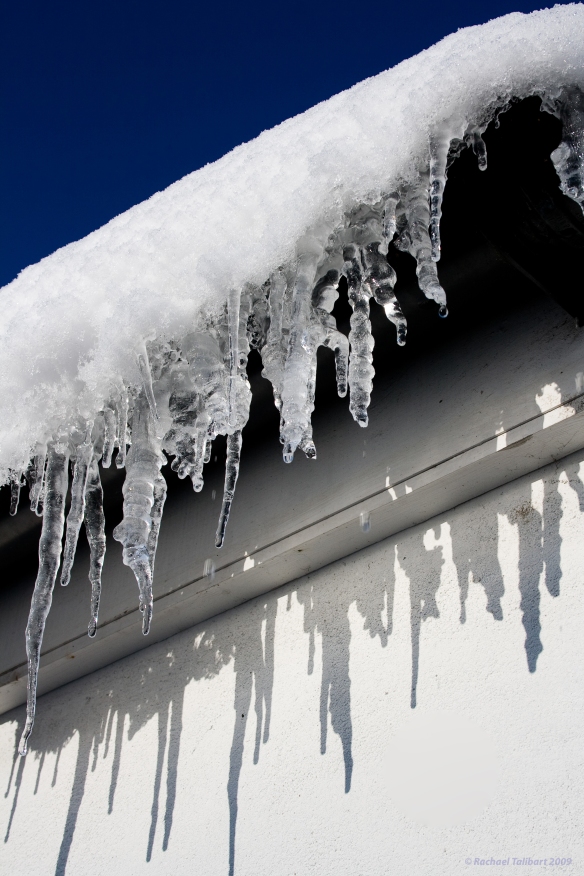