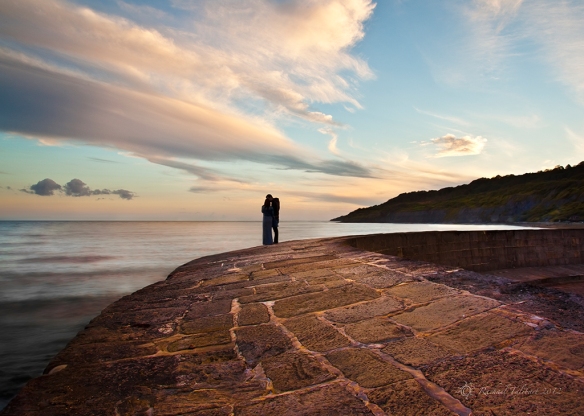 I wonder if he has just proposed?

A couple kiss on the Cobb, Lyme Regis’s iconic harbour wall.  Many writers have been inspired by this landmark, including Jane Austen who featured it in Persuasion and John Fowles in The French Lieutenant’s Woman.  The scene where the heroine (played by Meryl Streep in the film) walks to the end of the Cobb during a storm has made its way into movie legend.  Perhaps this couple are fans.