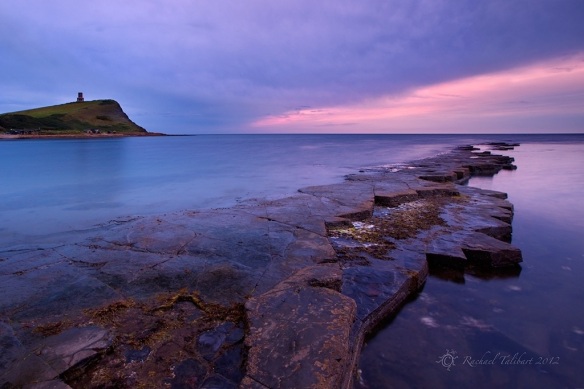 Another photo from my evening shoot at Kimmeridge Bay last month. The iconic landmark on the headland is Clavell’s Tower.
Built in 1830 by Reverend Clavell as an observatory and folly, the tower has inspired writers ever since. Thomas Hardy took his sweetheart, Eliza Nicholl, to the tower and included an illustration of it in his Wessex Poems. It was also the inspiration for P. D. James’s novel, The Black Tower and was used as a location in the television adaptation of the story. Moreover, it appeared in the music video for The Style Council’s single, ‘Boy Who Cried Wolf’.

Between 2006 and 2008 the whole tower was painstakingly moved, stone by stone, 25 metres inland to save it from cliff erosion that threatened to send it crashing into the Bay. It is now operated as a holiday let by The Landmark Trust.