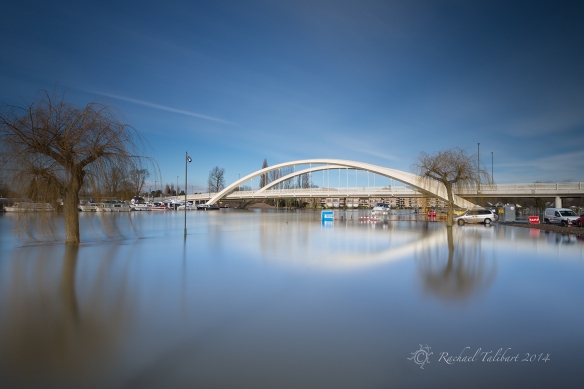 This time last year, my local area was affected by unusually heavy flooding. The Thames burst its banks on a scale we hadn’t seen since 1947. I captured as much of it as I could, fascinated by the changed landscape. My 365/40 and 41 are images not previously shared here, of Walton Quay (41) and the Thames towpath between Molesey and Hampton Court (40).

I had to include one more picture, even though it has appeared on Focused Moments before. This last image, snapped as the flood water came rushing in, was the closest I have come to having an image go ‘viral’ on social media. It was shared 450 times on Facebook alone with views well into 5 figures. The view seems innocuous enough but to people who know the area, it was a unique sight.