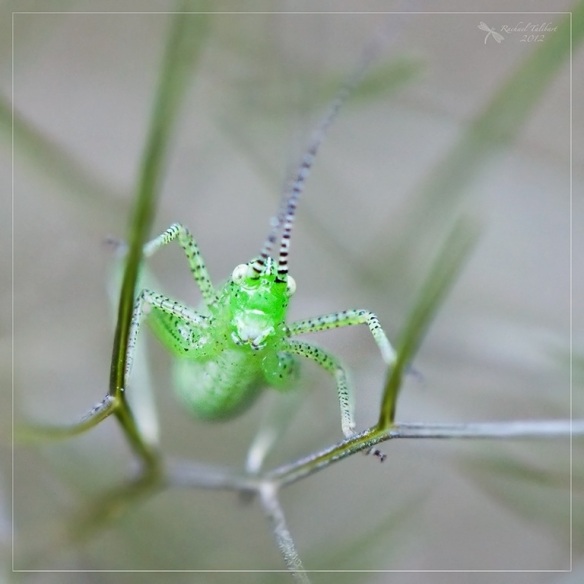 It’s been a couple of weeks since my post about the little speckled bush cricket nymph I found in my herb border. It’s still there, lurking in the fennel, along with three chums. As you can see, it has developed quite a bit in that time and is starting to look a little more like the adult it will become.

Incidentally, when I posted my earlier shot of the nymph on Flickr I received a rather picky comment to the effect that it was a shame I had failed to capture it facing me. Ahem, full frontal enough now? 😉