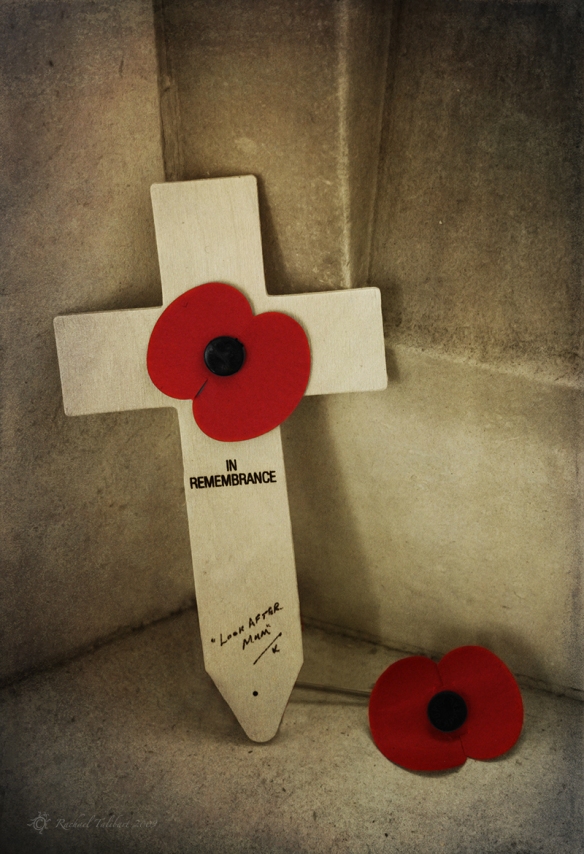 No matter what you think about the politics of conflict, today is a day to remember those who have died in war.  I want to share some images of one of my local war memorials, the Air Forces Memorial at Runnymede. 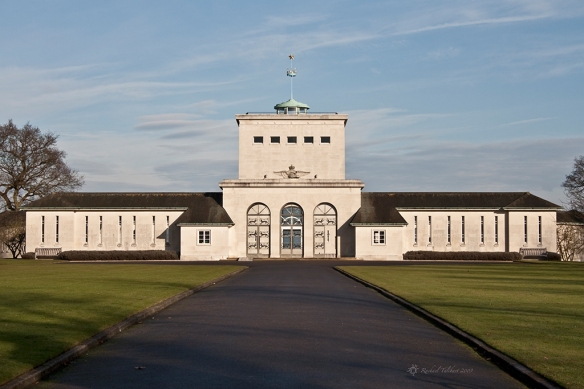 Perched high on a hill above the water meadows of Runnymede, the memorial is a peaceful building of cool stone, echo and shadow.

Inside are commemorated over 20,000 airmen lost during World War Two but for whom there is no known grave. The names of those killed seem to run on as endlessly as the memorial’s labyrinthine corridors. 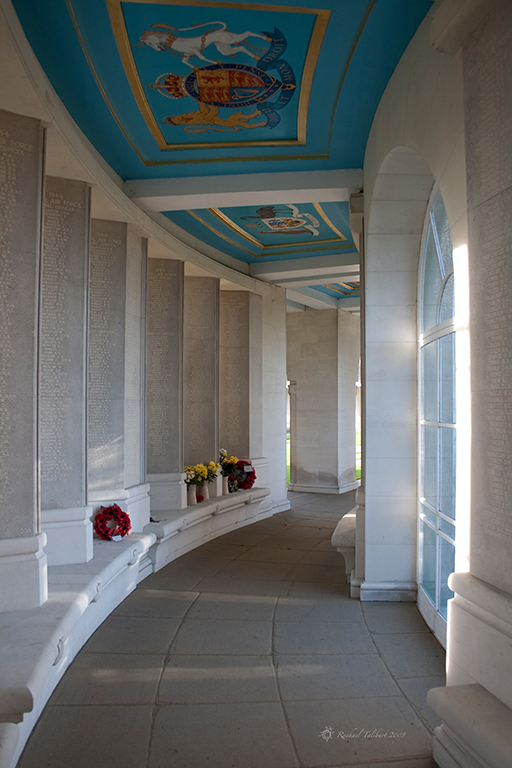 Flags in the roof remind us that the war dead came from all nationalities.

So many young men were lost, literally.  With no body found, often the name carved on the wall is all that family have to mark their loved one.  Countless small tokens left in nooks around the walls show that even all these years later, individuals are still remembered and mourned.

The Air Forces Memorial at Runnymede is a beautiful place, yes, but also a sobering one.  It was somewhere I was pleased to take my teenage son whose idea of conflict is influenced by computer games and adventure movies.  As we walked the corridors and porticoes, he became quiet and thoughtful.  As did we all.