We spent yesterday in Reigate, a quiet market town in North Surrey. The only camera I had with me was my iPhone so, in the true tradition (if there has been enough time for there to be a tradition) of iPhoneography, I have lightly edited the images on my iPad and uploaded directly from there.

Reigate has the remains of a castle so I get to continue my series on castles. The castle was built in the eleventh century and fell into decay in the seventeenth. None of the stonework remains but the earthworks have been turned into a pretty, and peaceful garden. 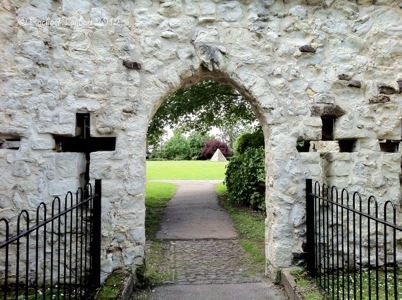 Underneath the castle gardens is a network of caves. The most well-known, The Barons’ Cave, is reputed to have been a meeting place for the barons who devised the Magna Carta. The stone pyramid in the top photographs guards an underground
sallyport.

The few remains of the castle were removed in 1777 when the land was converted into a garden. The mock medieval gateway was built at that time.

We thoroughly enjoyed our day in Reigate. The town has a lot of interesting independent shops, a fine array of eateries and an Everyman cinema (in which we saw Prometheus). Best of all, the sun shone: a rare event here this summer! 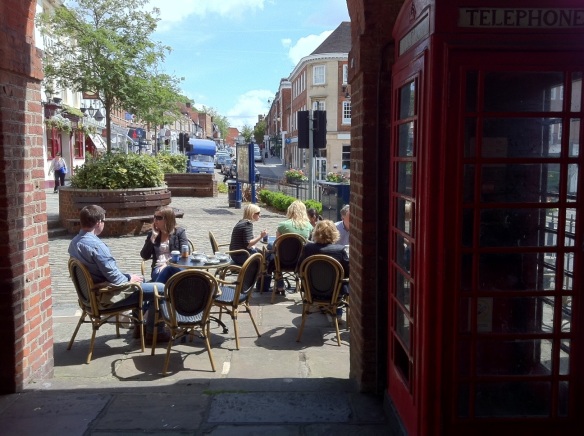